One of the common Stuffed Puttu recipe with egg. Generally either scrambled egg or boiled Egg masala is used for stuffing. Coconut is mixed along with puttu powder to make it taste soft and good.

It’s Obvious that you need no gravy to side this but I generally keep the leftover Masala served along with it. Its completely optional yo have side dish like Kerala kadala curry, Egg curry Kerala style. But this stuffing curry has to be dry.

to prepare puttu for cooking

1.Firstly let’s prepare the Puttu. Take Puttu podi in a mixing bowl and add salt to it. Mix well.

2. Add water little at a time and mix well until you can easily make firm shape of it but breaks when pressed. This is the right consistency of the Puttu that is ready for cooking.

3. Further, add grated coconut and mix well. Close and let it sit aside for 15-20 minutes while we make the Egg masala.

9. Open and mix once. Slice the boiled eggs and place it upside down on the curry and sprinkle little salt on top.

10. Mix and close the Eggs with the curry . Close the pan with lid and let it sit in simmer for at least 5 minutes.

11. Take water in a pressure cooker. Close it without whistle and let it boil.

13. After filling more than half of it with Egg Masala. Fill the remaining with the puttu coconut mix.

14. Gently Press the top to flatten it. Place it over the cooker instead of whistle. Let it cook in medium heat until steam escapes through the holes on puttu maker. 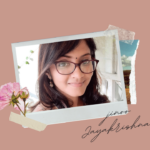